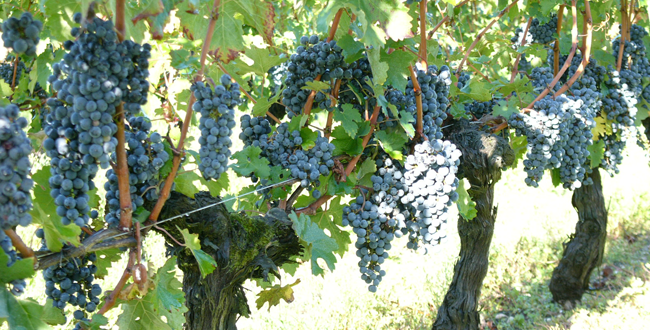 Located south-west of L & eacuteognan, near the Domaine de Chevalier and the Château de Fieuzal, bordered by the great Landes forest, Le Château Le Sartre was known for producing quality wines in the early twentieth as the attests the "Cocks et Féret" in 1922. It was bought in 1981 by Anthony Perrin, then owner of Carbonnieux, who replanted the entire vineyard and renovated the entire working tool, as well as the Château du XIXème. In 1996, after its purchase by the Perrin family, the vineyard of Château Bois Martin, located north between Fieuzal and Malartic-Lagravière, was integrated into the property. Before his death in 2008, Anthony Perrin passed on the estate in 2005 to his sister Marie José Leriche. It now operates it with the help of onologist David Château, chief operating officer. The 35-hectare vineyard is divided into 2 blocks, one on the site Château Le Sartre (25.6 ha) and the other north on the Bois Martin site (9.4 ha). The soils are very varied, combining clay-sandy, clayey, gravelly, sandy and alluvial parts. The grape variety is composed of Sauvignon (80%) and Sémemillon (20%) for white, and Merlot (50%), Cabernet Sauvignon (45%) and Cabernet Franc (5%) for red. The culture is done according to the principles of the reasoned agriculture, in the respect of the environment. The Sartre produces the great wine in red and in white and, a second wine, Château Le Martin wood. In red, it is a wine richer in Merlot (50%) and more supple, con conctuated to be drunk as early as 2 or 3 years after the vintage. 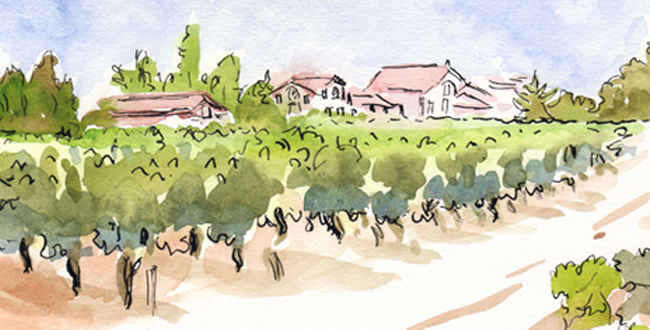 "The wines of Sartre are remarkable, they can compete with the great wines of Leognan." (Edition 1922 Feret) Located in the town of Leognan bordering the forest landaise between the Chateau Malartic-Lagraviere, the Domaine de Chevalier and the Chateau de Fieuzal; Chateau Le Sartre, rediscovered and enhanced in the early 1980s by Antony Perrin - the lamented owner of Chateau Carbonnieux - is now run by his sister Marie Jose Leriche with the help of her husband and their chef of exploitation David Chateau. Holder of the National Diploma of Oenologist of the Jules Guyot Institute of Dijon, David Chateau made his first weapons with Christophe Roumier (manager and oenologist of Domaine Georges ROUMIER in Chambolle-Musigny) and Isabelle Dutartre ("winemaker" at De Ponte Cellars, Willamette Valley, Oregon).